In most companies, thermal design and thermal management is still in its infancy’ says Theo Ruijl, CTO of MI-Partners and ‘Thermal effects in mechatronic systems’ trainer. Ruijl sees this fact as a huge deficiency. ‘You can’t build a precise machine if you neglect the thermal aspects.’

The largest errors in a machine are caused by vibrations and fluctuations in temperature. If you don’t have both under control, you can say goodbye to an accurate system. Unfortunately, not all designers are aware of this fact. With a leaf spring you can support a system in a statically determined manner, but many engineers are unaware of the fact that such a leaf spring is also a great thermal insulator. ‘Many developers are lacking in knowledge about thermal effects in mechatronic systems,’ says Theo Ruijl, CTO of MI-Partners and trainer of the ‘Thermal effects in mechatronic systems’ course (TEMS).

In Dutch and Belgium high tech there is a lot of knowledge about dynamics, about good design, about damping. After all, generations of mechanical engineers have grown up with the construction principles of great teachers like Rien Koster and Wim van der Hoek and the Des Duivels Picture Book. But in most companies, thermal management is still not well covered.

‘Any engineer seeking to achieve a high level of accuracy will sooner or later be confronted with thermal effects,’ says Theo Ruijl. Ruijl has been working on thermal effects in mechatronic systems for two decades. ‘Temperature variations, drift, dissipation in an actuator, energy absorption of electromagnetic waves in a lens or mirror: all of these things have an impact on the performance of a system. Of course, you can ignore them, and, for a while, things might work well. But if a competitor, who has good knowledge of thermal aspects, suddenly appears, he will overtake and leave you far behind.’ 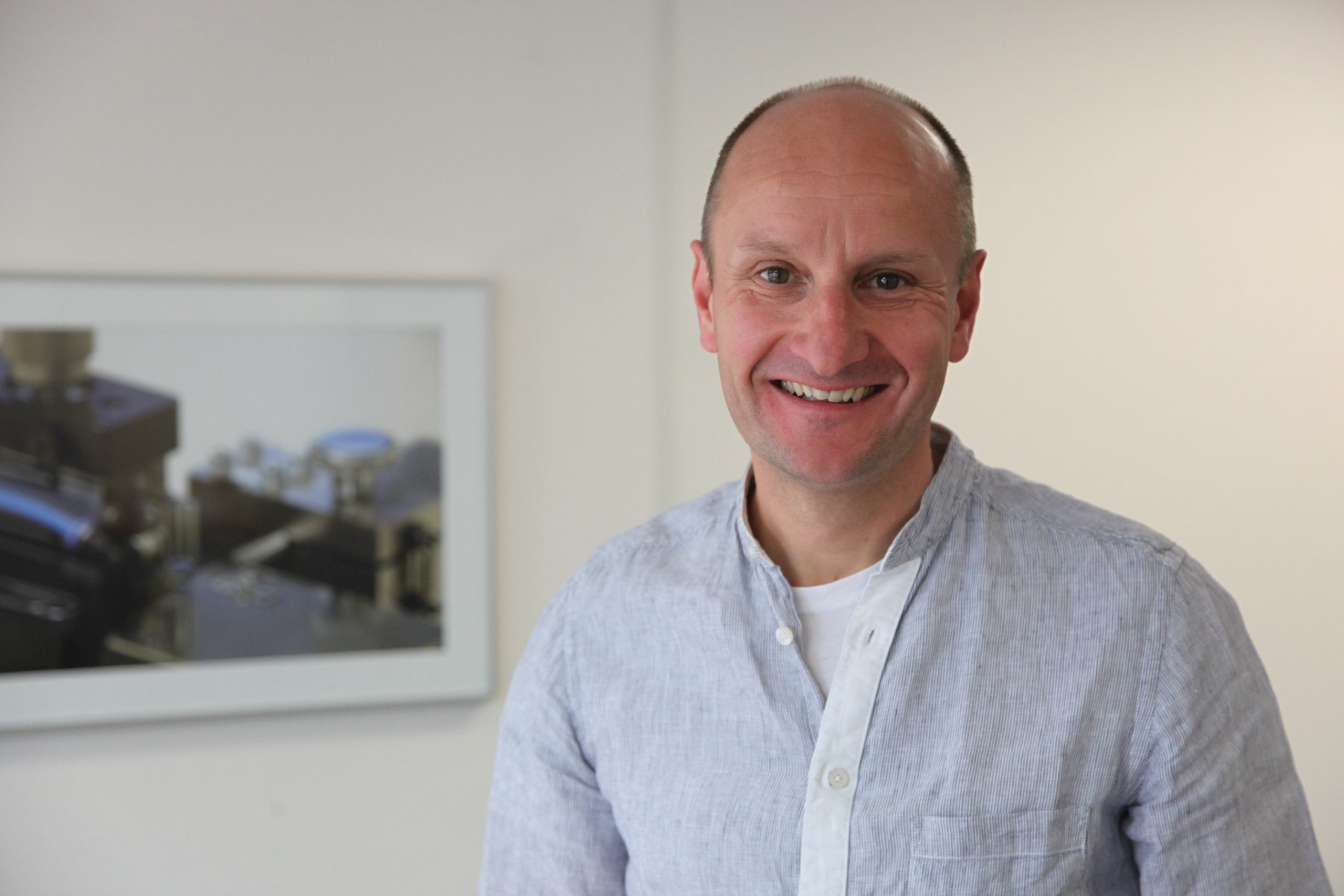 ‘The technical universities produce excellent graduates and post graduates in dynamics and control technology, but they do not train students in the thermal effects in mechatronic systems,’ says Theo Ruijl, thermal effects trainer.

In the high tech industry, developers are struggling with thermal distortions and inaccuracies. ‘At ASML these challenges are currently greater than the dynamic ones,’ says Ruijl. ‘An enormous amount of light is being pumped into these machines. It is inevitable that as a result the wafer heats up and deforms. If that happens nice and evenly, then you are still able to simulate it and predict it. Unfortunately, all kinds of non-linear effects occur. Then modelling and compensation becomes very difficult,’

Thermo Fisher also highlights the subject. Ruijl: ‘Many users of electron microscopes are in the life sciences. They research biological processes that they literally freeze in order to study them properly. That means dissolving them in water and cooling the water down to the freezing point. The ice must be amorphous, not crystalline, because otherwise you can’t see anything under the microscope. You will only get that kind of structure if you cool the sample at lightning speed, at 100,000 to one million Kelvin per second. Then the frozen sample needs to be observed under the microscope. The preparation and positioning pose a huge thermal challenge. How do you keep the sample at the right temperature within high vacuum? And what effect does that have on the sensitive optical and mechatronic systems around it?’

The fact that many companies still lack in-depth thermal knowledge is largely due to something missing in the education. ‘The technical universities produce excellent graduates and post graduates in dynamics and control technology, but they do not teach the thermal effects in mechatronic systems,’ says Ruijl firmly. He himself studied with TUE professor Piet Schellekens. ‘Since Piet Schellekens retired fifteen years ago, thermal design and metrology have been neglected. Nobody has taken these issues seriously, not even in Delft or Twente. That is a big loss. There are so many fundamental challenges in this domain. That would really require a dedicated full-time professor.’

With the arrival of Hans Vermeulen a couple of years ago, there has been a part-time professor at the Eindhoven University of Technology who has put the subject on the agenda. For his Mechatronic Systems Design group, however, advanced thermal control is one of many topics. A large part of the permanent staff of Schellekens has since left. ‘In Germany the subject is more on the map,’ says Ruijl. ‘There is a large market for machine tools in which thermal effects play a major role. German machine tool builders and knowledge institutions understand each other well on this point. They run various research projects at the Fraunhofer institutes. TEMS research programs are also running in Switzerland and Spain.’

Despite the gap in university education, there are quite a few thermal specialists in the industry. They are all self-made people who have learned the trade in practice. For Ruijl, that process started at Philips almost twenty years ago. ‘For a long time, we have known exactly how we can model dynamics and control technology and how to integrate it into machines. In a typical design process, different specialists sit at the table so that you can develop a machine with input from all disciplines. In the old days it sometimes happened at Philips that someone at the end of such a process with a complicated finite element sum found out that thermally, it didn’t work. That is why we started to develop a competence in this field with focus on mechatronic systems.’

To calculate thermal effects, engineers reuse mathematical techniques from dynamics. This resulted in the concept of thermal mode shapes.

Right from the outset, the specialists discovered that the techniques that they have already applied in dynamics can also be used in the thermal domain. ‘In dynamics and control engineering, we use state-space models and their Eigen-frequencies and mode shapes are important quantities,’ Ruijl explains. ‘Such a model is nothing more than a set of differential equations. Thermal effects are also described with differential equations. And for mathematics it doesn’t matter whether you pass through a mechanical-dynamic or a thermal-dynamic system.’

It is not exactly the same. In the thermal domain there are no objects that behave like a mass-spring system; the temperature does not overshoot, but gradually goes back, like a first order system. Like a metal plate, if you heat it up in the middle it will cool down as soon as you remove the heat source. But it never gets colder than the environment. Temperature distribution, as a function of time, can be perfectly modelled.

'It is quite unique how we, here in the Netherlands, look at thermal effects from a mechatronic design approach.'

Ruijl and his colleagues recycled the mathematical techniques from dynamics. ‘We still use tools from, for example, Ansys or Mathworks, to perform the calculations. The analyses of mechanical vibration shapes have since long been included in those packages. The thermal shapes are not, even though the technology is already there. When we started about twenty years ago, we asked Ansys if they could give us access to this feature. It took a long time, but now they have included a button for it. That shows that it is quite unique how we, here in the Netherlands, look at thermal effects from a mechatronic design approach. It is really different from a pure physics approach that often involves thermodynamics processes. We link thermal effects to mechatronic systems.’

In order to get the theme fixed in the way of working of its employees, Philips developed a special training course: Thermal effects in mechatronic systems. The three-day course has since found refuge at Mechatronics Academy and is being marketed by High Tech Institute. Alongside Rob van Gils (Philips), Marco Koevoets (ASML) and Jack van der Sanden (ASML), Theo Ruijl is one of the trainers.

‘Of course, you can’t give a full training covering all topics in only three days,’ Ruijl admits. ‘The public is too broad for that; people from different technical background come to the training course. Some have never done anything with TEMS, others are already quite experienced. Some are engineers, others are control engineers.’ 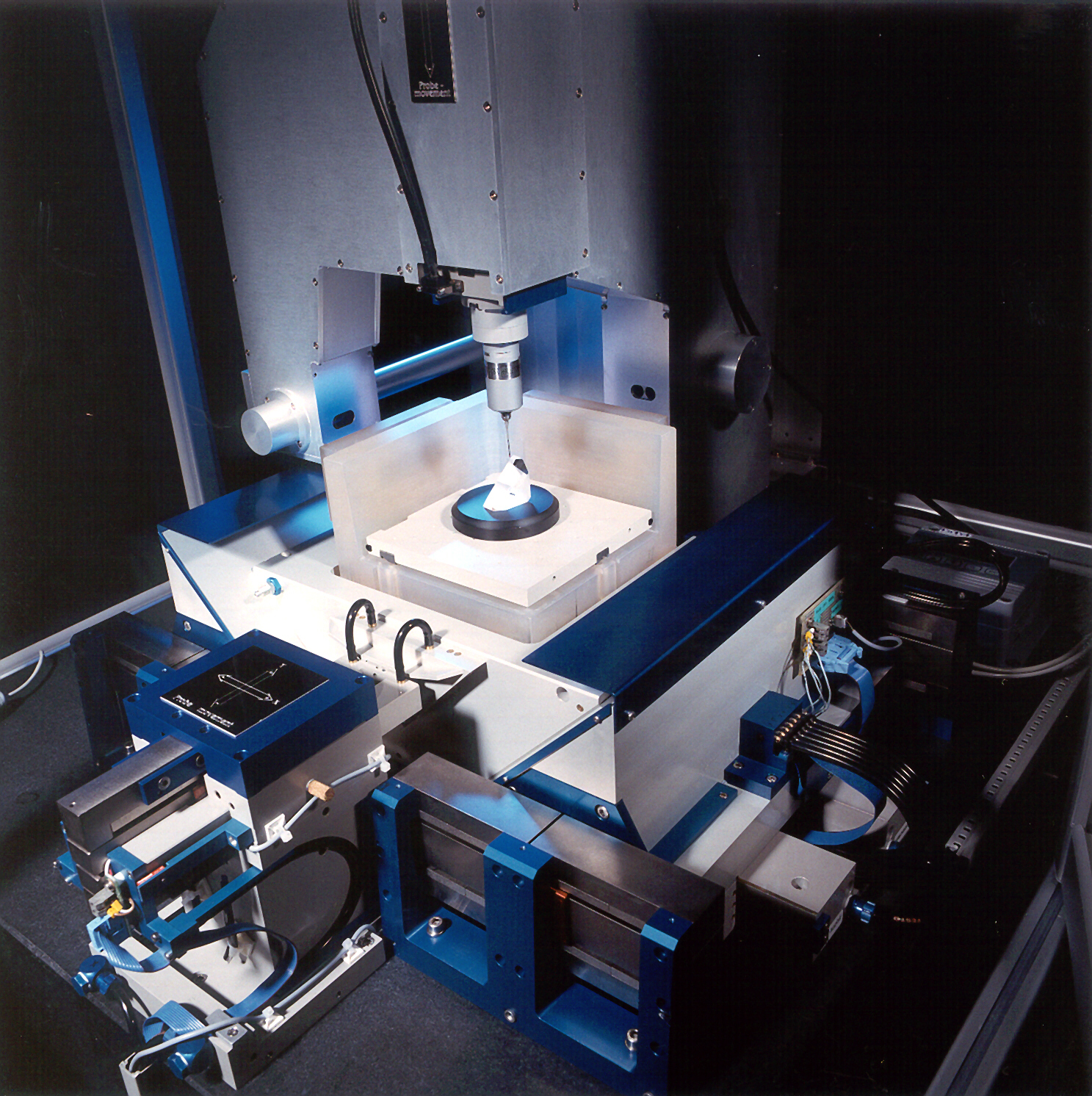 Dutch specialists look at thermal effects from a mechatronic design approach. That is unique in the world. For Ruijl, that started years ago with his PhD research supervised by Jan van Eijk and Piet Schellekens.

On the first day, the students receive an introduction to the physics background. ‘Heat transfer as radiation, conduction, convection,’ sums up Ruijl. ‘How do you deal with it? Many facts, tips and tricks. Then we go deeper; and we do simulations with Matlab and Simulink.’ Then the foundation has been laid. ‘The goal is for everyone to speak the same language afterwards.’

Day two deals with measurement techniques. ‘Measuring the temperature is a skill in itself,’ emphasises Ruijl. ‘In any case, there are many different sensor types. But how do you measure accurately? And where? And do I measure the temperature of the object itself or of the lamp that is shining on it? Together with Jack, I once developed a system to control the water temperature in a precise manner. With a small coil in the stream we were able to warm it up very quickly and very accurately. Then we made a nice setup for an exhibition, with beautiful Perspex tubes so that everything could be seen very clearly. Unfortunately, we didn’t manage to get the temperature stable anymore. We must have done something wrong, but what? It was so bad that the temperature fluctuated as people came along. In the end, the ceiling lighting in the hall was influencing the sensor by radiation through the transparent Perspex. You only make a mistake like that once,’ laughs Ruijl.

The students themselves will also model. Using Matlab, although this particular tool doesn’t have a special toolbox for thermal effects. ‘We also deal with a cryogenic example as a practical case,’ says Ruijl. ‘How do you measure, for example, 77 Kelvin? Which materials can you use best? Cryogenic is important for scientific experiments and builders of electron microscopes.’

'Every design group should include a thermal specialist.'

What is the lesson for the TEMS students? ‘The most important thing is that they understand the language,’ Ruijl replies. ‘We also make them aware of the issues that they have to pay attention to and that they need to take into account. Consciously incompetent. That is very valuable, because manufacturers with that knowledge can catch mistakes at an early stage by looking at the project again or by getting in a specialist. Every design group should always include a thermal specialist.’

By the end of the training participants are asked to fill out an evaluation form. To the question: 'Would you recommend this training to others?' they responded with a 8.0 out of 10.

High Tech Institute organizes the 'Thermal effects in mechatronic systems' training twice a year. Besides, it is available for in-company trainings.