In 2016 the book Vacuum Science and Technology – a completely new international edition of the Dutch standard work Basisboek Vacuümtechniek – was released by High Tech Institute and Settels Savenije van Amelsvoort.

In this English edition of the Dutch Basisboek Vacuümtechniek, originally relasead by the Dutch Vacuum Sociaty (NEVAC) and since proven to be a real ‘bestseller’ on vacuum science and technology in the Dutch language region, Bert Suurmeijer PhD, Theo Mulder BSc and Jan Verhoeven PhD cover all relevant knowledge for anyone who works in vacuum-based research, instrumentation, development, production or business. The result is a very detailed and up-to-date reference book on vacuum physics and technology.

''It is not exaggerated to say that without the ability to evacuate small and large volumes we would still be at the technological level of the early 20th century.''

Vacuum has entered into more industries and areas of research and it forms the backbone for higher revenues, precision and efficiency. The production of solar cells and organic displays has left its infancy, science has focused en masse on nano-sized subjects and meanwhile the chip industry is on the brink of performing the most crucial step in the IC production, lithography, in vacuum. “It is not exaggerated to say that without the ability to evacuate small and large volumes we would still be at the technological level of the early 20th century,” the authors justly state.

The authors have added important novelties on vacuum pumps, pressure measurement and partial pressure gauges. They have totally revised the section on leak detection. More focus is on counterflow leak detectors, whose maximum achievable sensitivity has increased significantly in the past decade. Two new inside-out leak detection methods are presented, namely the atmosphere method and ‘bombing’. The arsenal of available leak detection instruments has been extended with multigas sniffer systems, hydrogen leak detector and quartz window sensor. The section Cleaning procedures has been adapted to the changed insights in this area. Also, a number of figures has been added or renewed.
The book is not only an excellent reference work but also useful as a flexible coruse manual with a unique multi-purpose layout, perfectly suitable for (combined) higher and secondary level training. Exercises are included in two degrees of difficulty. As it were ‘two books in one’.

Bert Suurmeijer is a former associate professor in the group Surface Physics and Thin Films, Department of Applied Physics, Groningen University. He lectured ‘Vacuum Physics and Technology’ for more than 25 years to master students applied physics and university graduates with leading jobs in vacuum related research institutes and industries.

Theo Mulder worked at the IKO (Now: National Institute for Subatomic Physics or Nikhef) in Amsterdam and was later employed as sales engineer at Leybold, a German supplier of vacuum technolgy, for 25 years.

Jan Verhoeven supervised several groups conducting vacuu related research at the FOM Institute AMOLF in Amsterdam. Since 2007 he works as an independent consultant in the field of thin film and multilayer x-ray optics. Verhoeven is visiting scientist at the Advanced Research Centre for Nano Lithography (ARCNL).

The authors are Dutch experts in vacuum physics and technology with extensive experience as lecturers in the field. They all three are honorary members of the Dutch Vacuum Society (NEVAC). Mulder is also a member of the education committee of this organization. Verhoeven and Suurmeijer were chairman of this committee for a number of years in respectively the 1980’s and 1990’s. 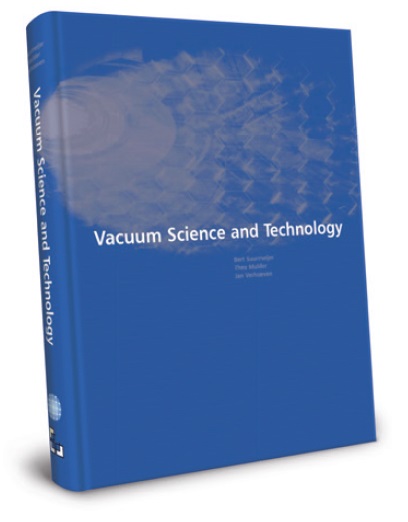