Design Principles is one of the most renowned training courses given by the Mechatronics Academy and High Tech Institute. Our ‘mechatronics men’ Jan van Eijk and Adrian Rankers have renewed the training course and asked Huub Janssen to assume the role of course director. The course remains firmly anchored in the foundations laid down by the renowned Professor Wim van der Hoek. The biggest changes are the addition of new top specialists and new focus points. The training course is now known as Design Principles for Precision Engineering.

It is pretty risky to redesign one of the most renowned training courses in the Netherlands’ high tech world. Yet we had no other option. Piet van Rens, who was for a long time the face of the course, wanted to considerably limit his work as a structural engineering trainer. He has a lot of fun in the projects he does for ASML, but his agenda is just too full. 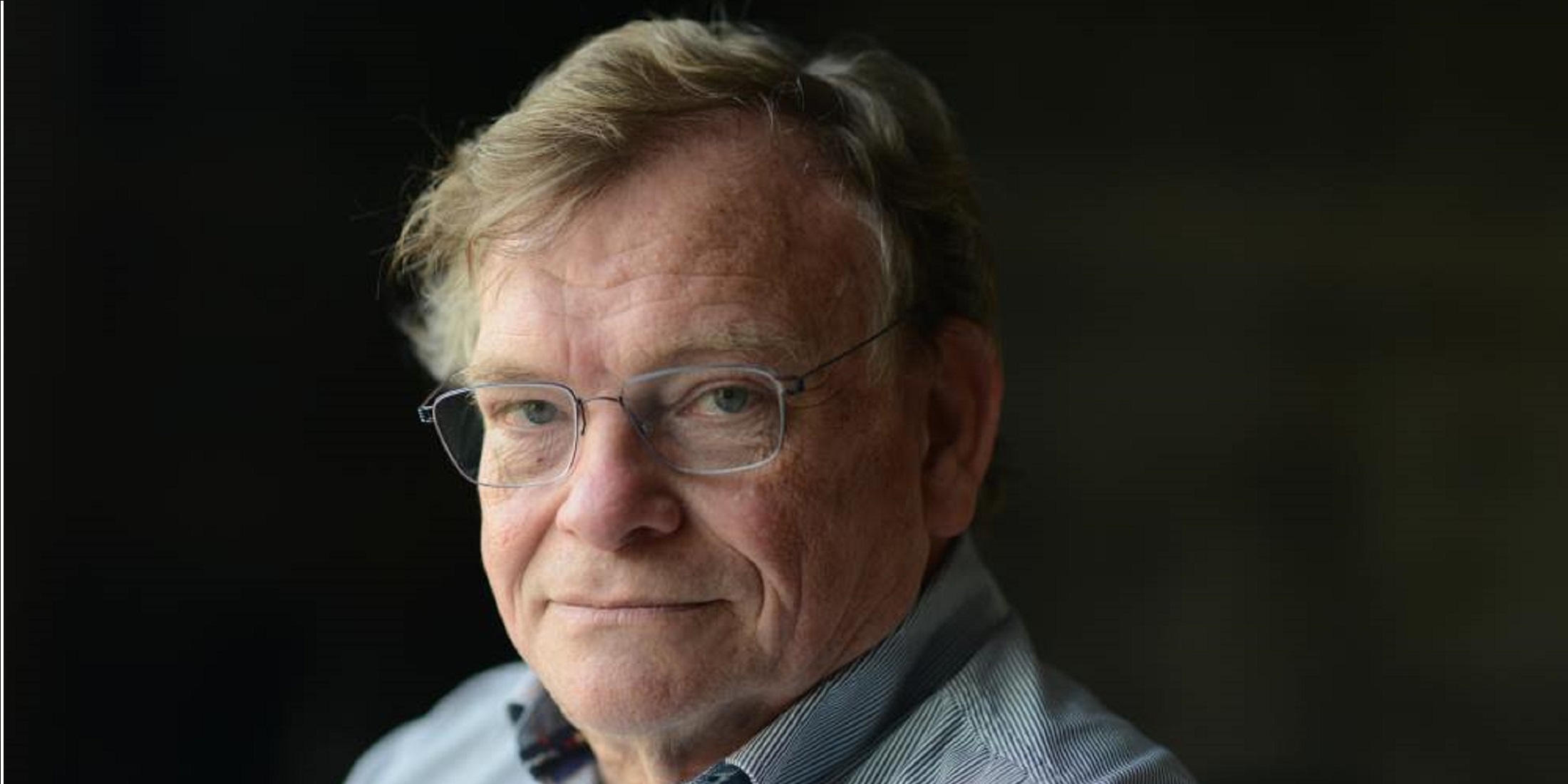 Piet van Rens was for many years the face of the Design Principles training course. He continues as a course trainer but is no longer a course director.

Thus, Van Eijk and Rankers had to go in quest of successors. They took advantage of this situation to reformulate the training course itself. For approximately a year now, the training programme has been in the hands of a strong team of specialists from the Dutch precision world. In addition to Van Rens, a handful of top experts have been found, to immerse the course participants in trusted fundamental knowledge and insights, as well as in relevant additions to the engineering field. The new faces include Huub Janssen from Maastricht’s Janssen Precision Engineering, Chris Werner and Roger Hamelinck from Entechna Engineering in Eindhoven, the precision engineering Professor from the University of Twente, Dannis Brouwer and Kees Verbaan from NTS. Van Eijk and Rankers’s debut in June 2018 was a success. Thereafter, the new training programme was fully booked and awarded an average score of 8.4.

The knowledge and experience for the design principles training course Design Principles comes from the ideology of Wim van der Hoek, the renowned Professor of precision technology, to which Dutch high tech owes a lot of its design principles and knowledge. Van der Hoek devised a number of essential design principles in the sixties and seventies, such as the famous hole hinges, with which machine builders could achieve nanometre precision.

'It became an honour for someone to have their design and improvements in the Des Duivels prentenboek.'

In addition, Van der Hoek gained great fame by collecting unsuccessful designs and and included them in Chapter 13 of his infamous Des Duivels prentenboek. He stated that you learn best by making mistakes. The easiest and cheapest training is by getting to know those mistakes. ‘This reference work became so well known that it became an honour for someone to have their design and improvements added to it,’ says Piet van Rens.

Van der Hoek’s successors, Professors Rien Koster and Herman Soemers, are enriching that basis. ‘The new style of design principle training elaborates on the legacy which we have had in the Netherlands for decades, namely to design properly using the correct design principles,’ says course leader Adrian Rankers of Mechatronics Academy, the partner in charge of the mechatronics training at the High Tech Institute. 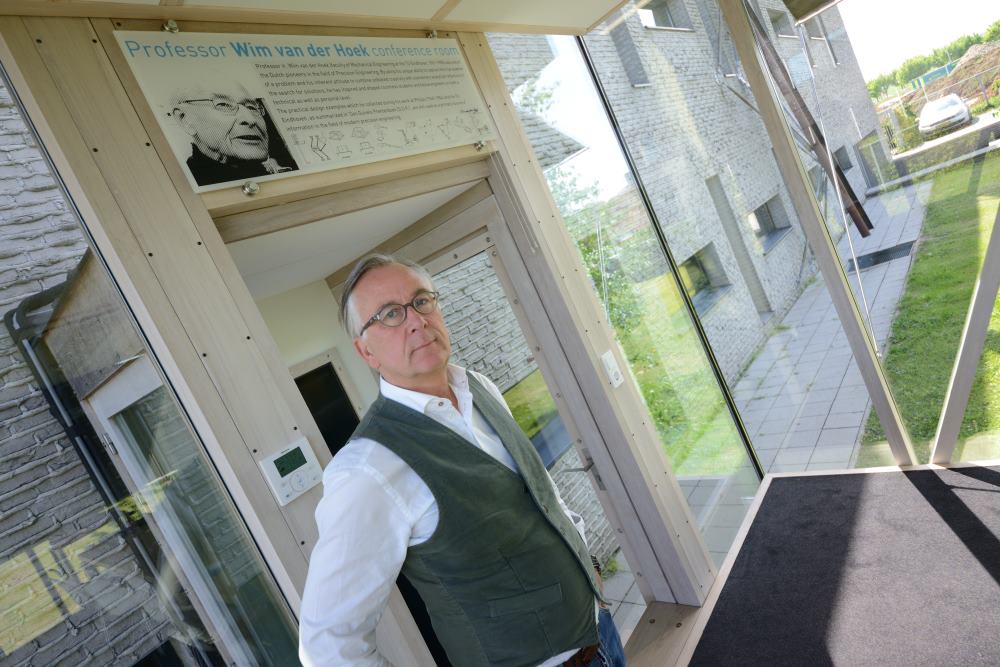 Huub Janssen is the new figurehead of the Design Principles training course. Like Piet van Rens, he comes from the school of thought of Professor Wim van der Hoek. The precision engineer honoured his mentor by naming the new meeting and demo room at Janssen Precision Engineering after the person who had inspired him, Wim van der Hoek.

The updated training course includes countless new elements. For example, there is more attention given to damping and to advanced elastic elements which have a somewhat larger stroke. Elastic elements are often limited in their range of motion, but there are concepts available which achieve larger strokes. This is one of the research topics of Professor Dannis Brouwer from the University of Twente, who imparts a day of training on flexure mechanisms.

Brouwer also handles energy compensation and gravity compensation techniques (think of the kitchen cabinets that you can open and close vertically and which can stay in each position whilst they move up and down easily).’That includes balancing mass-like issues,’ says Adrian Rankers. ‘As in a complex robot system where you try to get rid of the reaction forces on the floor by having another body simultaneously make the right movements that precisely compensate the forces. That can be complicated, so we have called it energy compensation. But you can also call it energy balancing.’

Rankers emphasizes that the ‘mechatronic context’ recurs throughout the training. ‘On the one hand it provides additional requirements for mechanics, on the other hand it also offers alternative solution space. If previously you needed to create a positioning system, you did that with a cam drive and a drive chain up to the element that you had to position properly. In that chain you used to encounter all sorts of friction and slack – all of which is very annoying. But in a mechatronic movement system you have sensors on your payload. They tell you exactly what the position or position error is. In principle, you won’t be worried if there is a bit of friction or play in-between, because you have the information and you can immediately compensate for it. These kinds of trends make the subject choice for the Design Principles training shift, although it is still true that you can never get a high-quality system solution with rattling mechanics,’ emphasises Rankers. ‘In the less important topics we have made some room for new subjects.’ 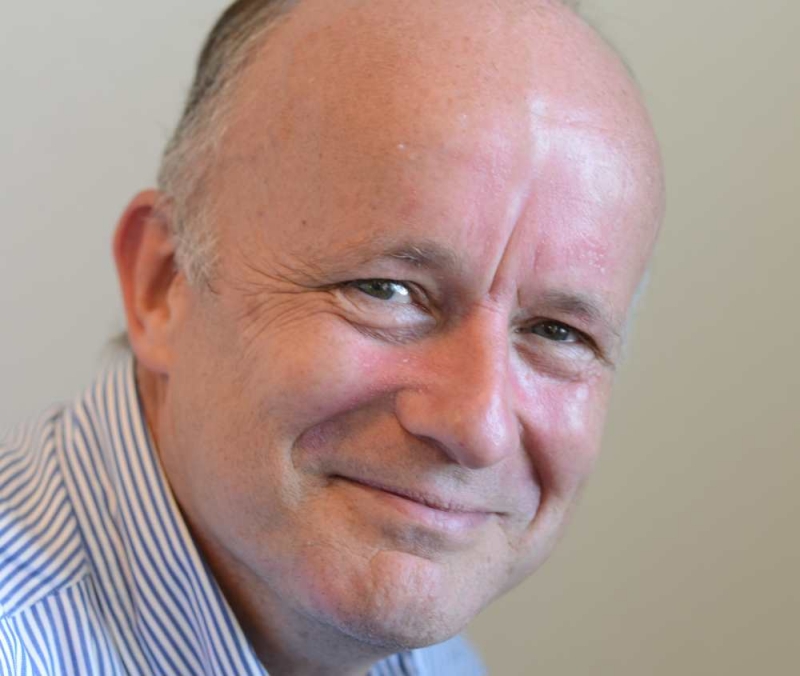 The course director Huub Janssen has given himself the goal of giving shape to the design principles course in the spirit of Van der Hoek. ‘We are talking about design principles for precision engineering. That is the world of complex machines and instruments for the chip industry, astronomy and space travel. To position more accurately than a micrometer, you cannot simply use standard functional elements such as bearings. Then you come to elastic elements, no friction and those sort of things. After that it becomes exciting, because you are very close to physics.’

Janssen says that manufacturers must recognise that they cannot buy standard parts from a catalogue. They have to think a bit further, analyse all the problems that may arise. Then you have to imagine things in your head, do ‘thought experiments’: where can things go wrong? If you can see that, the way to the solution is close.

During his part-time professorship, Van der Hoek asked his students to do thought experiments. Janssen: ‘I can still remember that Van der Hoek asked his students to crawl in thought into a ball bearing, to imagine the outer ring and inner ring with all the balls in between. We had to make ourselves so small that we were sitting between those spinning balls. Then you see that the ball on one side is against the ring and on the other side has room to play. Next you see that a ball isn’t completely round, it has indents and doesn’t turn well. You don’t have to have much experience, but you do need a lot of imagination.’

It is no coincidence that Janssen wants to enrich the training by injecting experience and exercises. ‘The way solutions are reached is important. I don’t have a lot to do with formulas. Of course they are needed, but calculating is the last ten percent of the job. Primarily, designers need to get a feel for the details. What should they pay attention to? How do they solve matters? You first need to know where things can go wrong and then come up with a good conceptual direction. I especially want to instil intuition. Calculation techniques will come after that.’

'I don’t want a lecture, I prefer interaction.'

He mainly uses case-studies, just as Van der Hoek did in his Des Duivels prentenboek. ‘Participants thus get to work alone and in groups. Then we have a large group discussion. I don’t want a lecture, I prefer interaction.’

Exercises, interaction and working with practical cases are distinguishing factors in the structural training course that the Mechatronics Academy and the High Tech Institute bring to the market. In other organisations, the training is also available as a three-day variant.

Piet van Rens also has experience as a trainer for this three-day variant. He wants to emphasise that participants in the short version really miss something. ‘Some customers require employees sent by the temporary work agencies to complete a design principles training course. This means that some engineering firms then choose on a costs basis or for an evening version.’

Van Rens thinks this is a not such a sensible choice. Practical exercises are the most valuable component of the Design Principles training course. They ensure that the contents really sink in and the participants actually understand and apply them to their work. This hands-on element is precisely what is killed in the shortened version. “The three-day and evening training courses are not bad, but they skimp on content, cutting corners to fit into less time. This effect is noticed more when learning after a normal working day, people are tired in the evenings. If you only give lectures, then the outcome is really less effective,’ states Van Rens.

This article is written by René Raaijmakers, tech editor of High-Tech Systems.

High Tech Institute organizes the 'Design principles for precision engineering' training twice a year. Besides, it is available for incompany editions.