The origins of High Tech Institute

Since 2011, the technical training courses of the Philips Center for Technical Training (CTT) have become part of High Tech Institute. The history of the training institute goes back to 1990, when Philips CTT was formed, shortly after a major reorganization at Philips, known as Operation Centurion. The training institute was set up to strengthen the R&D of Philips around the world.

Organically, the training courses were housed at the renowned Philips Physics Laboratory (Natlab), later known as Philips Research. For decades, Natlab researchers and the Center for Manufacturing Technology (Center for Industrial Technology, CFT) have developed the training courses for Philips CTT. The most important customers were the global R&D departments within Philips’ product divisions.

The main objective of the training institute was to update the people in product development with state-of-the-art technology, as well as soft skills. Top researchers and engineers from the Natlab and CFT – always working on the newest technical possibilities and insights – thus passed on their knowledge directly to product developers. 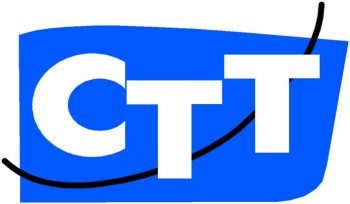 Many of the teachers were existing Natlab employees, with the Philips Center for Industrial Technology (CFT) also contributing with trainers. Soon, the product divisions gradually started to deliver more and more teachers, which contributed to a strong practical orientation.

Over the years, R&D departments of other tech companies have come to appreciate the unique portfolio of training courses. CTT received more and more requests from non-Philips parties to open its courses. Philips gave its reluctant approval but set two limitations: external customers paid higher course fees and access was limited to training courses without confidential Philips knowledge.

The number of external customers increased, in part because several Philips units were spun out. Eventually, courses with confidential Philips information were gradually converted and the full list of trainings became available to the market through open registration. Removing this confidentiality has proven to be an important condition for the major role that both the CTT, and now the High Tech Institute, have started to play for the entire high-tech ecosystem.

In the peak years, Philips CTT had a portfolio of nearly one hundred specialized training courses in IC technology, mechanics, mechatronics, optics, systems, software, innovation and soft skills. In the boom period of the nineties, the activity achieved a turnover of more than 8 million guilders (adjusted for purchasing power that is now more than 5 million euros) and four to five thousand people participated in CTT training sessions each year.

In the late nineties, Philips started to divest more and more activities. As a result, the customer base of Philips CTT shifted to external parties, subsidiaries and spin-offs. One major impact was the demerger of Philips Semiconductors (now NXP) that, in some years, accounted for more than half of all training sessions at CTT.

Another example is that of ASML. In 2004, Philips sold its last remaining shares of the lithography company. By 2006, Philips Semiconductors continued independently as NXP and suddenly the overwhelming majority of Philips CTT customers were coming from outside the multinational. As a result, the parent company increasingly put the question on the agenda: What do we do with our technical training courses? The obvious answer was to split off this non-core activity.

The 2008 crisis accelerated this process. In 2011, the CTT training courses were finally spun out. This step was also motivated by the desire to retain an independent training institute for the Dutch high-tech industry and is why Philips expressed the explicit wish to retain this knowledge for the ecosystem when spinning out its technical course activities. For these reasons, the former owner chose to place its portfolio with specialists who could offer continuity to the training courses. They are responsible for maintaining the technical training courses that are now housed within High Tech Institute.