Initiates in electromagnetic compatibility (EMC) will undoubtedly know Mart Coenen. His experience in the field can be traced back to the early eighties when he set up the first EMC training at Philips. In the meantime, he’s earned his spurs with clients such as the Port of Rotterdam and ASML. He still talks about his specialism with undiminished enthusiasm – just ask any of the participants in the training “EMC for motion systems” at High Tech Institute.

Trained as an electrical engineer, Mart Coenen started his working life at the Philips Natlab. At that time, there was no legislation or regulation in the field of EMC, but within Philips, they felt it was important for the employees to have a thorough knowledge of the subject. “Together with Jap Goedbloed, I set up the first EMC training course in 1981. At first, it was an internal training at CTT, but soon it was extended to a national course organized by Pato, later PAO. By now, this is perhaps the longest-running course they offer,” Coenen proudly says. In 1988, he became involved in the international standardization of EMC. To this day, he’s still active in all kinds of committees dealing with the laws and regulations concerning EMC, ESD and electrical safety.

Mart Coenen is part of the trainer team, together with Ramiro Serra from the TUE, Mark van Helvoort from Philips Healthcare and Ernest Bron from Analog Devices.

In 1994, Coenen started his own company, EMCMCC, driven by a lot of work with smaller clients, which he couldn’t (or wasn’t allowed to) serve under the Philips’ flag. He worked for the Rotterdam Port Authority, which was forced to automate its container transshipment processes due to the many strikes. From his own company, he also worked as a consultant for ASML, where he was involved in the 450-mm wafer project. For every movement in the process, the exact location of the wafer had to be determined. This was difficult because the disturbances in the system caused measurement errors. “Within nine months, we developed an entirely new concept, which was implemented. Partly because of this, there were fewer disturbances, and therefore, less calculation work was required to determine the exact location. As a result, the manufacturing process of wafers could be scaled up from 200 to 400 wafers per hour.”

“During my work, I’ve noticed that people often believe that when a system is CE/EMC approved, it will work properly. Nevertheless, you regularly see operational problems arising, which often lie in the area of EMC,” Coenen emphasizes. “After all, EMC system approval is no guarantee for a reliable operational system. It’s important to be alert to what happens if a system is temporarily disrupted and to realize what consequences this disruption can have on the system. Is it a disruption that has no influence at all? Or one in which there’s a temporary outage but everything continues properly after restarting? Or is a hard reboot of the system necessary, or do parts even need to be replaced? It’s important to realize that the process doesn’t always continue properly. It may be that even the smallest temporary disturbance is inadmissible. For example, if you produce wafers that require an accuracy of 2 nm, then a temporary deviation of 20 nm is unacceptable because that would mean that you have to throw away the exposed wafers. Of course, as a customer, that’s not what you want. A suitable solution has to be found for this type of problem.”

The tricky thing is that the signals are often in an area where regulation is lacking. For both the mains and the inrush currents, everything is fixed, but this isn’t the case for signals in moving systems. This type of signal is typically in the frequency range between DC and 150 kHz. On the one hand, you have the electronic signal controlling a displacement. On the other hand, there’s the signal from a sensor, which retrieves information to determine the location. These two signals can influence each other. In motion technology, you’re bound to the signal frequencies you need for the displacements. These frequencies can cause disturbances that get picked up by the sensors. The trick is to learn how to deal with them.

'It’s the search for a solution and eventually finding it that gives me a pleasant adrenaline rush.'

“Even after all these years, the EMC field is still attractive to me. There’s always that challenge to get something working. And if it doesn’t work, there’s the challenge of searching for the right solution. Sometimes the solution is obvious, sometimes it’s more difficult. It’s the search for a solution and eventually finding it that gives me a pleasant adrenaline rush every time. Also, the field is still very much in motion. More and more is happening via the Internet of Things, with an increasing number of sensors generating data. Still, we have to keep asking ourselves what the reliability of this data is and how useful it actually is. I’m also following these developments with interest.”

During the “EMC for motion systems” training, part of the portfolio of High Tech Intitute partner T2Prof, participants gain insight into the problems that can occur in motion systems and learn what to do about them. Coenen: “In this training, we focus on the area that falls outside the norms and teach our students to create a reliable system that is operational 24/7. Although this training is relatively new for High Tech Institute, as a teacher for CTT, Pato, Mikrocentrum, Avans and Fontys University of Applied Sciences, I’ve already gained a lot of experience. My experience is that students find the material very difficult at first, but if you offer them the right theory during the course and let them practice it themselves, they can put what they’ve learned into practice very well afterward.” 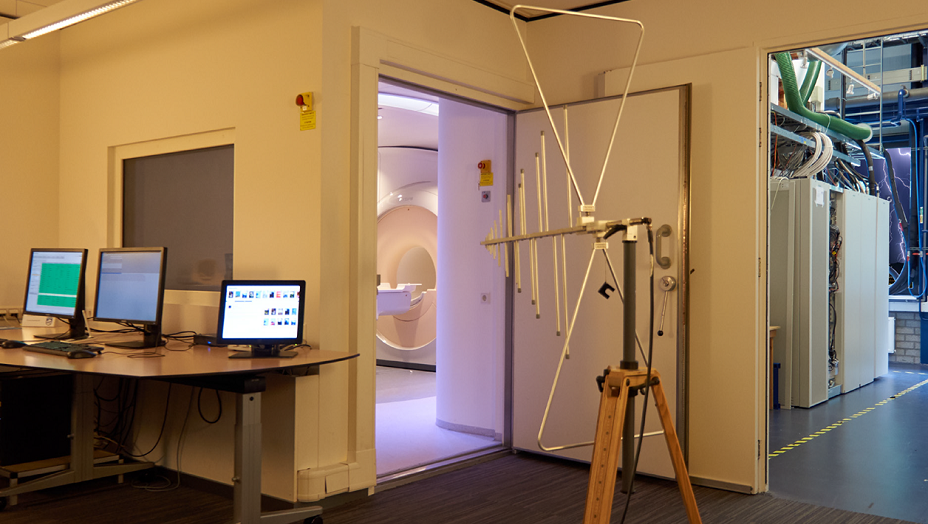 'There are demos and students can do their own simulations on setups. '

The training is intended for mechatronics engineers, electrical engineers and system architects who in their work have to deal with low-frequency disturbances (from DC to about 150 kHz) caused by motion and energy conversion systems. Students learn about systems thinking and how to anticipate problems they encounter in practice. Coenen: “In addition to signal theory, which is based on physical laws, network theory and knowledge about the behavior of cables, there’s also a hands-on part. There are demos and students can do their own simulations on setups. It’s important that during the training, they learn what they can measure and how they should do it. I’m looking forward to introducing the students to the EMC for motion systems together with my fellow teachers Ramiro Serra from the TUE, Mark van Helvoort from Philips Healthcare and Ernest Bron from Analog Devices.”

In November 2020, the team of experts delivered the very first 3-days training to a group of 10 participants. When asked if they would recommend the course to others, participants responded with an emphatic 8.3 points out of a possible 10 and gave the lecturers a score of 8.4. Respondents also offered several praising comments. “Good to receive the theoretical background and the setups were very useful,” one of the trainees commented. Another pointed out that the training exceeded his expectations. Other positive comments: “Love the number of demonstrations” and “Background theory was very helpful. Nice demos! Good interaction.”

By the end of the training participants are asked to fill out an evaluation form. To the question: 'Would you recommend this training to others?' they responded with a 8.3 out of 10.

The EMC for motion systems training exists of 3 days and will be held once or twice a year.