Taking a swing at his 3rd career opportunity, High Tech Institute trainer Kees Rijssenbeek has found his cup of tea and his calling. Now, he’s putting his energy into helping technical minds navigate challenging social interaction and giving them the tools, and knobs, to help them fine-tune their approach.

After a few years of trying his hand at mergers, acquisitions and employment law with the Dutch office of the US-based multinational law firm Baker McKenzie, Kees Rijssenbeek realized that corporate law just wasn’t his thing. “In hindsight, I guess you could say the company was much clearer on it not being my cup of tea – more so even than me,” recalls Rijssenbeek jokingly. “In law, you either move up the ladder or you’re out. And while I was just starting to entertain the idea of becoming a partner, it turns out the firm didn’t share the same vision, so out I was, along with about two-thirds of my colleagues.” Rijssenbeek continues, “It turned out to be a blessing in disguise. Looking back, the 80-hour work weeks with troves of legal paperwork was never going to make me happy.” 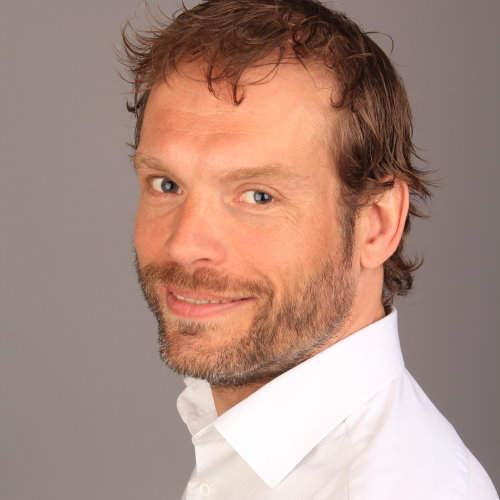 Kees Rijssenbeek: “I came to the realization that the most exciting and interesting part of any of my jobs was the personal human interaction.”

For his next move, Rijssenbeek had a go at the retail domain, where he contributed to the marketing and commercial team of the cosmetics brand Rituals. This was during the brand’s early days, when it was just working to make a name for itself and had only one office in Amsterdam with about ten employees. “While it was a big change from corporate law, I found I was having the same kind of feeling. For the most part, it was just a job and didn’t really give me any energy,” remembers Rijssenbeek. It was then that he began thinking about what would motivate his interest. “I started to take some personal training courses in my free time to discover who I was and what I wanted. I came to the realization that the most exciting and interesting part of any of my jobs was the personal human interaction.”

“Looking back at this part of my life, I realize two things. First, I’ve always been interested in learning about people and I’m good at listening and truly hearing what they have to say. Of course, it was coming to the business of training that helped me come to that realization,” suggests Rijssenbeek. “The second thing is, I really should have purchased shares in Rituals way back when it was so small. I guess we learn a lot of things in hindsight.”

Now in the professional training domain for the last ten years, Rijssenbeek seems to have found his calling, or his cup of tea, as it were. Three years ago, he joined the High Tech Institute team where he delivers the training “Effective communication skills for engineers” aimed at helping technical people master some of the biggest communication challenges and pitfalls. But it’s working with this particular audience of highly technical people that leaves him a little envious.

'They’re pretty humble and have good insight into the limitations of what they know.'

“Not to generalize too much, but something I notice in many technical people is that they have a few traits that I’m pretty jealous of. One is that they’re pretty humble and have good insight into the limitations of what they know and what they don’t yet understand, be it in the laws of nature, the laws of physics or beyond. They’re also wired with a very real desire to solve problems,” illustrates Rijssenbeek. “There’s sort of an absence of the whole political way of dealing with each other. They’re interested in, does it work? If it does, great, we’ll use it. If it doesn’t, then it’s right back to the drawing board to find a solution. It’s not about getting all the credit. That’s certainly not the case in business law and marketing.”

That said, there are also some common obstacles that prove to be a challenge for many technical people, especially in communicating. For instance, spending a lot of time in circular conversations and getting nowhere, having trouble getting buy-in from stakeholders or coming off as too critical when delivering feedback. While in the technical world most issues can be quantified and calculated, using data to make assumptions, when it comes to personal communications, it can be a little more challenging if you don’t know what cues to pick up on. And it’s to this end that Rijssenbeek looks to help guide training participants.

“From miscommunications to personal life issues to people just having a bad day, there are a number of factors that affect interpersonal communications. What this training is all about is to teach some of these basic knobs that can be fine-tuned to help people communicate more effectively,” highlights Rijssenbeek. “The first and probably most important knob is active listening. As simple as it may sound, active listening is often completely overlooked and underappreciated.”

According to Rijssenbeek, in the high-tech domain, when surrounded by highly intelligent experts, people often think they’re on the same page and have come to an agreement, only to find later that they interpreted the conversation completely different. “Too often, we fall in the trap of being stuck on send, rather than receive, or truly listening. Active listening takes practice and effort and requires someone to turn off their desire to jump in, to really hear and understand what someone is saying,” explains Rijssenbeek. “The easiest way to do this is to listen intently and then give a summary response to ensure understanding. It might sound easy, and it can be, but that’s one of the most effective parts of the training.”

'Nonverbal cues can be difficult for technical people to pick up on.'

Another knob used to help promote effective communications is the nonverbal cues, like body language and facial expressions that we use to communicate. “Nonverbal cues can be difficult for technical people to pick up on. With many of them tending to have their focus on content rather than interaction, they often have the expectation that others perceive things the same as they do. Reality, on the other hand, suggests something else,” says Rijssenbeek. “That’s why we spend the vast majority of the training practicing these and other skills. This isn’t a course based on theory and endless discussions, it’s about putting it to practice and trying to build new habits to better navigate communications in a technical workplace.”

This article is written by Collin Arrocho, tech editor of Bits&Chips.