“Sometimes we forget, soft skills can be the hardest skills of them all”

High-tech development relies heavily on diverse teams of multidisciplined experts, each with a specific role. But in today’s cutting edge, it’s not just the expertise that’s diverse. According to High Tech Institute trainer and autism expert Peter Vermeulen, neurodivergent brains are also playing an essential role, and if utilized correctly, can lead to great benefits.

“I was a stay-at-home father with my one-year-old son when my former master’s thesis mentor called me about a new position with the National Autistic Society in Belgium,” recalls Peter Vermeulen. He was a trained clinical educationalist with an emphasis on education and child-rearing, with a particular focus on people with disabilities. “I think that in all of my education, I could refer to maybe one page on the topic of autism. But I went to the interview anyway – this was in the 80s and there weren’t a whole lot of job prospects in my field,” he explains.

“I sat there answering a long list of questions, all about autism, and all of my responses were completely wrong. But somehow, they still offered me the job,” Vermeulen remembers. “It turns out, giving the wrong answers was a good thing. It showed them that I didn’t have to unlearn the many stereotypes and misunderstandings surrounding autism.” Instead, he could immediately get to work with the foundation, which was looking for a specialist that could aid and train parents of autistic children. “Now, nearly 40 years later, I still say that I never chose autism. Rather, autism really chose me.” 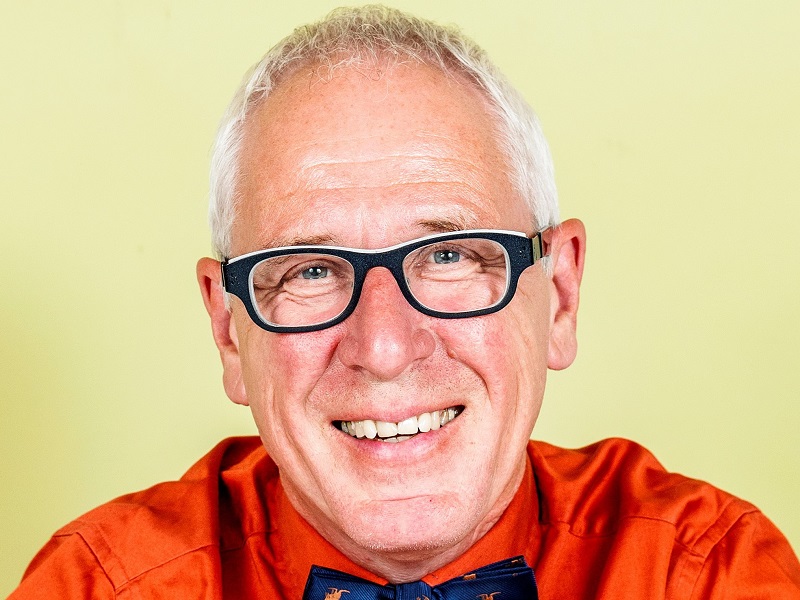 Peter Vermeulen is a Flemish pedagogue and an international authority on autism.

After some 4 decades in the field, not only has Vermeulen learned better answers to those interview questions, but he has literally written the book on autism. Actually, he’s written 15 of them and now he spends his time speaking passionately about autism and neurodiversity in an effort to expel the myths and spread understanding about neurodivergent brains within society and the workplace. His goal is to reshape conventional thinking and replace the focus on the negative connotations of autism by highlighting the positive aspects of different minds working together. This is what he refers to as neuroharmony, a topic that lies at the heart of his numerous lectures and training sessions, including High Tech Institute’s “Neurodiversity @work: coping with autistic characteristics in the technical world.”

“For decades already, people have created a false narrative that somehow puts all autistic people into a box, labeled as intellectually disabled, unable to hold meaningful jobs, get married or function in society – among many other stereotypes. But that’s simply not the case,” describes Vermeulen. “The reality is, no two brains are the same and some are just a little more different than others. In fact, many of the behaviors regarded as autistic are expressed similarly in ADHD, dyslexia and super intelligent giftedness.”

'Many companies have the idea that people with autism are ‘weirdos'.'

According to Vermeulen, while neurodiversity can certainly present barriers or challenges in the workplace, the push for neuroharmony, aimed at recognizing and welcoming the various neuro types, can actually serve as a great asset for companies, particularly in the high-tech domain. In fact, he points out that that’s why some of the biggest tech companies in the world, the likes of Microsoft and HP, are actively employing more autistic and neurodivergent people. “Many companies have the idea that people with autism are ‘weirdos.’ But one thing they’re learning now is that when you need creative, out-of-the-box ideas, there’s no one better at coming up with a unique approach than these ‘weirdos,’” illustrates Vermeulen. “It’s not very easy to be original these days, and companies are pouring millions of euros into efforts to differentiate themselves with team-building exercises and brainstorming for fresh ideas. But when everyone in the room thinks exactly the same, you keep getting the same ideas over and over.”

For autistic people, thinking out of the box and being creative isn’t a problem. Not because they necessarily possess incredibly high levels of creativity. Rather, it’s simply in their nature. Vermeulen: “It’s not a choice they’re making. Their brains simply work differently to process information and offer them a different view. While to us, it may seem out of the ordinary, to them, it’s just their normal perspective. A perspective that can be a real benefit to a company willing to recognize the value.”

However, even with the benefits that neurodiversity has to offer the workplace, Vermeulen also admits some challenges can arise. One of the most difficult lies in social interaction and communication. “The human mind is an extraordinary vessel for information and conveying messages. However, we don’t say everything we mean. A large part of the way we communicate is through inference and building context. This is something that remains very difficult for people – particularly those with autistic brains, and is what we refer to as context blindness,” explains Vermeulen.

'I put a lot of effort and focus into concrete communication. '

“If I’m your boss and tell you something is due by the end of the week, most people have no problem understanding when it’s expected. For some, however, the end of the week can cause some distress. Does that mean Friday morning, Friday at 4:59 PM, or even Sunday at 11:59?” depicts Vermeulen. “Yes, for some, this may seem trivial and can even be an annoyance, but not everyone processes information and makes inferences the same way. That’s why I put a lot of effort and focus into concrete communication – designed to be so clear that you can maximally avoid any misunderstandings.”

By paying extra attention to providing clear and direct feedback and explanation, some of the social difficulties in communication can be wholly avoided, believes Vermeulen. That’s why it’s one of the main themes of his one-day neurodiversity training. In fact, in his training, to illustrate this point, he asks participants to draw pictures to express their message. The only rule is to be so clear and concise that you don’t need to use words.

“We have beautiful ways to express ourselves in all the different languages, but sometimes that means we talk around things, rather than being explicit and direct. That’s difficult for many people, not just those with autism,” Vermeulen points out. “But what I’ve found is that if this style of communication helps you more effectively speak with autistic colleagues, then it will certainly help you be more clear with those who are nonautistic. It works for everyone.”

“Especially within the context of the high-tech industry, there’s a real separation between hard and soft skills, but I think sometimes we forget that for some, these social or soft skills can be the hardest skills of all. Good and clear communication is one of several keys to success, no matter what the job. And I must say, in all my years in lecturing and training, I’ve never met a person who says at the end, ‘Peter, thank you very much, but this was way too clear to me and I understood everything. So please, next time could you make it a little bit more confusing,’” jokes Vermeulen. “It’s something that can be helpful for everyone.” 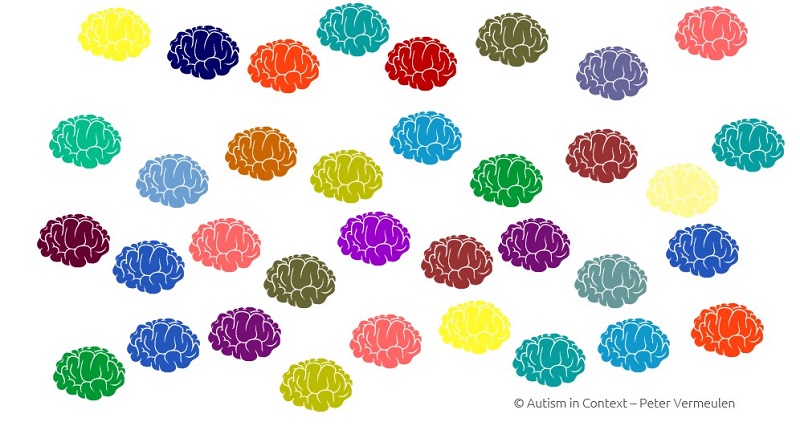