Do you also encounter multivariable control designs for industrial systems with multiple sensors and actuators, such as motion systems with multiple axes? In these situations, interaction between different inputs and outputs can deteriorate performance and may even lead to closed-loop instability. The aim of this course is to develop a systematic framework for motion control tuning of multivariable systems, where academic insights and industrial pragmatism are perfectly combined.

In traditional single-input single-output (SISO) motion systems, the performance is generally achieved through PID controllers, possibly extended with notch filters, and designed using time responses and frequency domain techniques such as Bode and Nyquist plots. At the same time, many techniques from academia directly apply to multivariable systems but require a parametric model, which often is very time-consuming to obtain.

The aim of this course is to teach participants a broad motion control tuning framework for multivariable systems in an industrial setting. We will teach you a step-wise systematic procedure with user-friendly tools, enabling a systematic design within limited tuning time. At the same time, in the step-wise procedure, the complexity is only increased when necessitated by the control specifications or control problem, for instance, how critical the interaction is for the control problem at hand. This aspect is extremely important in an industrial setting, where both fast tuning is important as well as the resulting control performance.

The course builds on the basic course 'Motion control tuning' for a SISO situation, which is briefly summarized at the beginning of the course.  The multivariable framework starts with an analysis framework using well-known frequency response functions, that participants can use to judge whether traditional SISO motion controller tuning techniques can be used blindly. If the interaction turns out to be problematic, then decoupling techniques can be used to reduce interaction. In a next step, we will use systematic techniques, including sequential loop closing, to continue using the well-developed motion control tuning framework using frequency response functions, while at the same time addressing interaction. If the interaction is severe, the full multivariable control problem is addressed in a model-based design (H2, Hinfinity, and mu-synthesis), where the key focus lies on design aspects for motion systems. A key emphasis will be on the associated modeling cost, which can be rather excessive. Finally, the feedback controller is complemented with an advanced feedforward design. These steps continuously alternate with its experimental implementation in a hands-on case of a mechanical (2 axes) servo.

After completion of the course, you are able to use a broad arsenal of tools for control design of industrial multivariable servosystems. Through efficient analysis tools, you can determine, based on inexpensive frequency response function measurements, if and to what extend the interaction between the axes needs to be addressed. You will be able to apply a stepwise approach to find adequate settings of a multivariable controller, to determine the achievable performance of the controlled system, and to understand what limits this performance.

This course is particularly suitable for engineers that have a basic knowledge of motion control tuning for SISO systems, but encounter multivariable systems with interaction in their daily practice and wish to better understand what the achievable performance is, how to extend their SISO motion control tuning expertise, and which factors limit the performance. At the same time, the course is highly relevant for academically trained engineers, who are familiar with the theory of multivariable control systems, and wish to incorporate systematic design guidelines for multivariable motion systems.

Participants have a Bachelor or Master education in electrical engineering, mechanical engineering, mechatronics, physics, or equivalent practical experience, and need a solid basic understanding of motion control tuning. Preferably, they have followed the course 'Motion control tuning' or have obtained equivalent knowledge by training or experience.

The course consists of a mixture of lectures, demonstrations, exercises, and experiments. For the exercises and expeirments, a user-friendly Matlab application is used.

The following topics are treated, which are continuously being applied to the experimental setup.

This course is certified by the European society for precision engineering & nanotechnology (euspen) and the Dutch Society for Precision Engineering (DSPE) and leads to the ECP2-certificate.

"I like the combination between theory andexercises, this helps a lot to understand the theory better."

* Prices are subject to change. Price correction will be applied at the end of the year. 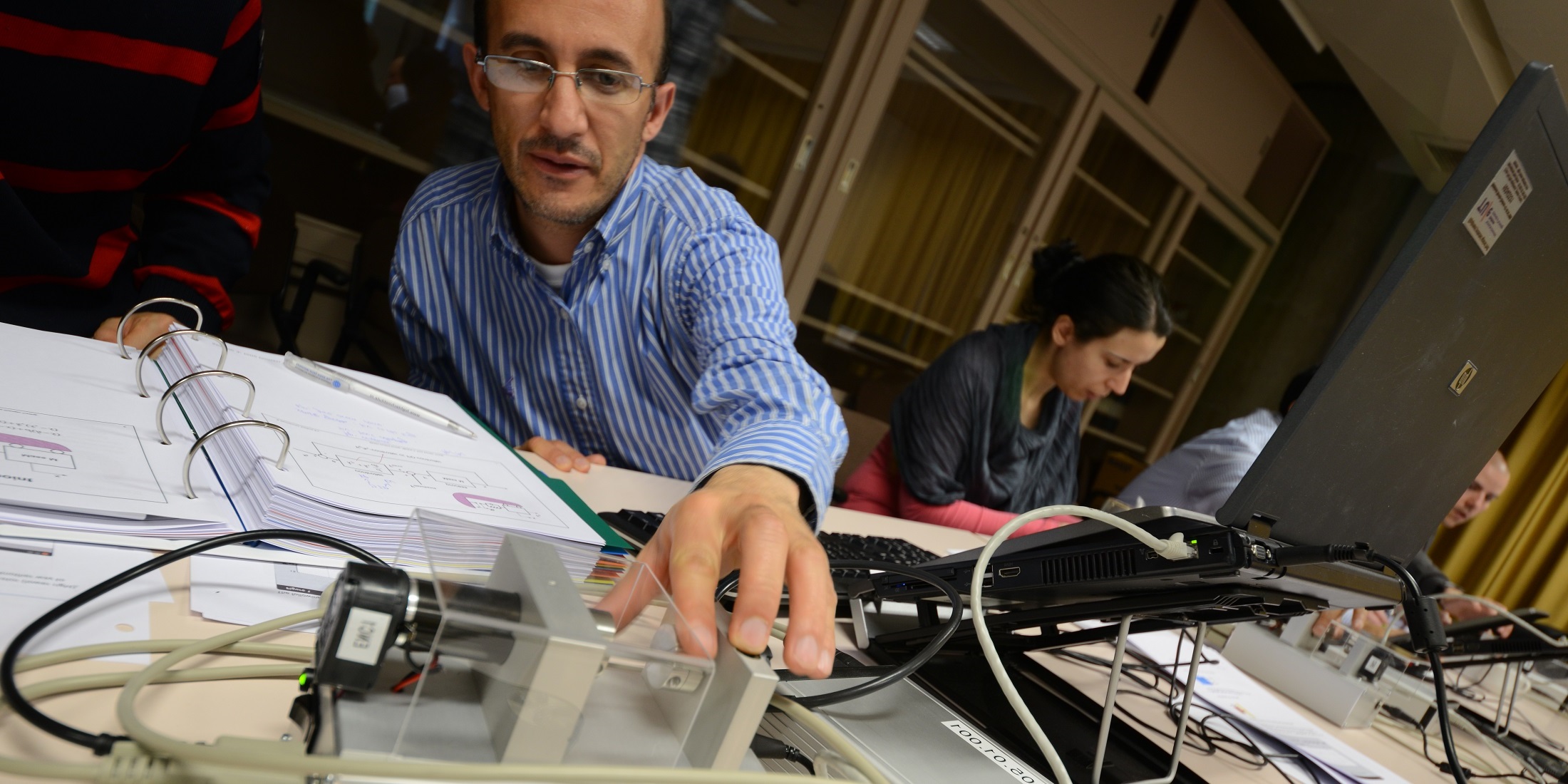 I would like to receive information about next editions of the Advanced motion control training.

Please fill in this form to download the brochure. Also, we will keep you informed about updates regarding this training.

I want to make a provisional reservation (without obligations) for the Advanced motion control training which starts on .