Mechatronics System Design part 1 and part 2 are amongst the most popular training courses in the high tech industry. The courses originated in Philips CFT, where system development became increasingly complex in the 1980s. Rien Koster saw that the solution lay in better collaboration between disciplines. Former CFT member, Jan van Eijk, explains why it is good for top specialists to hang out with, and talk regularly to colleagues from other disciplines.

It is 1986, when Rien Koster – one of the godfathers of Dutch mechatronics – starts an ambitious project at Philips. His idea is to take all leading specialists from mechanics, electronics, control engineering, software and measurement technology out of their sanctuaries and have them work together on a mechatronic system. They baptise the project Fast and Accurate 86 (FA86). The plan seems to be a guarantee for success, but in practice the star players fight with each other. Each and every one of them thinks they should take the lead.

Koster continues. And finally FA86 delivers the Famm robot, a two-arm system with large direct drive engines such as you find in submarines. The Famm (fast and accurate manipulator module) is so strong and fast that other robots fade in comparison. Unfortunately, the solution is too expensive for the industry.

‘Technically speaking, the Famm robot was an amazing feat, a fantastic example of what you can achieve if you make all top specialists work together,’ says Jan van Eijk. Van Eijk was, for many years, the mechatronics figurehead at Philips. In 2010, together with former CFT colleagues Adrian Rankers and Maarten Steinbuch, he founded the Mechatronics Academy, the partner of the High Tech Institute which is responsible for all mechatronics training.

According to Van Eijk, the FA86 project showed, above all, how difficult it is to bring the various disciplines together on an equal basis. ‘A mechanical engineer can come up with an amazingly beautiful and feasible design, without realising that his design will never work in practice. The language that his colleague from control engineering uses to explain that – with his decibels and Bode diagrams – is a mystery for the mechanic. ‘ 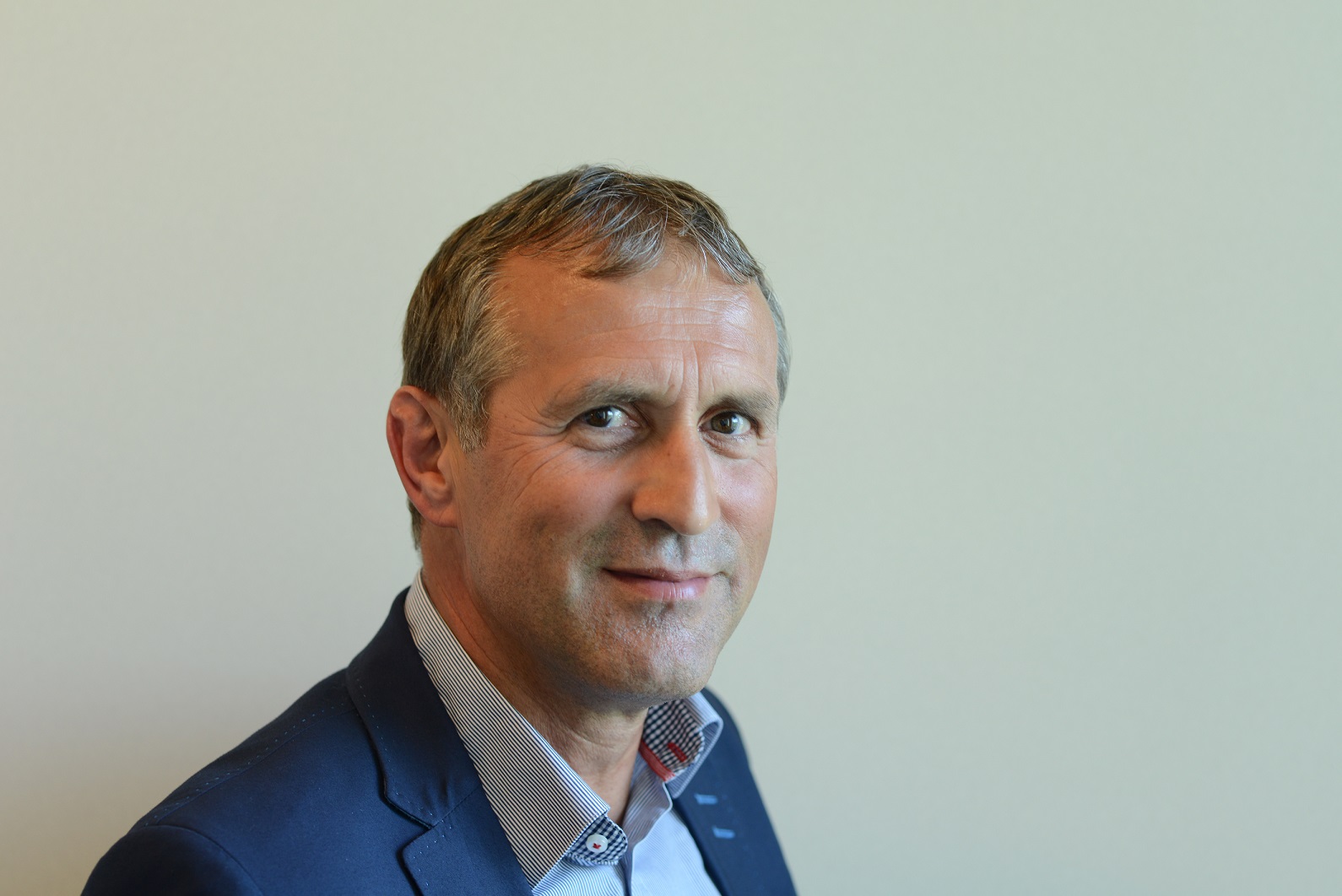 There is often a lack of mutual respect between the different technical disciplines, says Jan van Eijk. The mechatronic guru advocates training specialists, and, at the same time, training them to  communicate efficiently with their colleagues from related fields. They cannot master everything in detail, but they must understand a bit of everything, especially the discipline-specific language.

Koster often shows a graph which portrays all specialists as a Dirac function, remembers Van Eijk. ‘They are very good at one thing, but their knowledge is not wide,’ explains Van Eijk. ‘Their managers and directors were shown to be wide, with not so much height. On average, they were about equally intelligent. We were looking for specialists who were slightly more widely oriented so that they could talk to experts from other fields.’

Philips CFT started a ten-day course to bring down the walls between the specialist kingdoms. During the training, all relevant disciplines came into the limelight and the participants learned what their colleagues were concerned about. Teachers talked about their own expertise, so that the students got used to the jargon. The goal was to increase respect for oneother’s disciplines, says Van Eijk. ‘And arouse their curiosity about the other. If someone in another department asks why they are doing this way and not that way, it should not produce a hostile reaction. This had often happened in the past.’

All new employees at the mechatronics departments of Philips received the training. ‘Often we pulled the PhDs to pieces first’, laughs Van Eijk. ‘They thought they were great and we showed them what they did not know yet. We still wanted great specialists with the best scientific, latest knowledge, but they had to be able to talk to their colleagues. Otherwise it was no good.’

The mechatronics training course was a great success at Philips and is now in its thirtieth year, and since 2010 running from the Mechatronics Academy. Mechatronics Academy is offering the course under the name Mechatronics System Design (abbreviated as ‘Metron’) via the High Tech Institute. Because it is difficult for many participants to be away from work for two weeks, the ten-day course has been divided into two sessions of one week each (part 1 and part 2).

'It costs you two percent on an annual basis, but it makes you ten percent more effective.'

Van Eijk is very clear about the usefulness of the course: ‘It takes you a week. That is roughly two percent of what you work in a year. And it makes you ten percent more effective. That’s a gut feeling, but over these past thirty years, I’ve seen how it changes people, how it affects the relationship with colleagues in a multidisciplinary environment. People are able to communicate differently.’

'I have seen how the Mechatronics System Design training changes people, how it affects relationships. People are able to communicate differently.'

Mechatronics System Design is about the demystification of all disciplines. ‘If I ask a professor about his profession, he will soon have a tendency to tell me about the latest developments. That takes place in a language that is cut out for him, but is totally unintelligible to me,’ says Van Eijk. ‘During the training we discuss a fictitious case about a printer concept from Océ. The trainees then notice that they can already say a great deal about the wishes that Océ has put on the table with a number of simple secondary school sums.’ 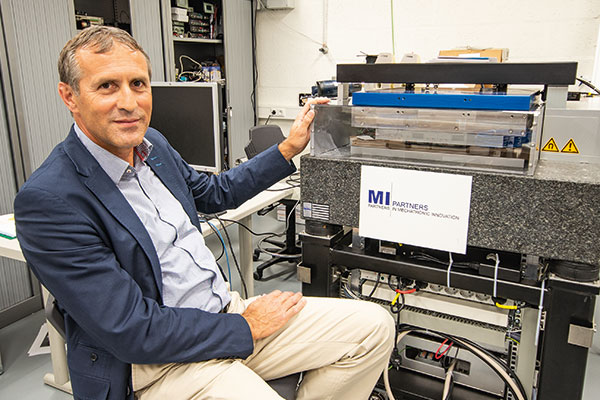 The lecturers from all disciplines discuss exactly what is needed to enable mutual communication between the specialists. ‘We will not be able to avoid a number of basic tools,’ says Van Eijk. ‘A Bode diagram for example. Many people have seen that sometimes, but have hardly ever used it in practice. On the basis of such a diagram, a control engineer can explain clearly to a mechanical engineer what problem he is struggling with. If they want to find a solution together, it must therefore be part of their common language.’

Regarding the basic principles of the course, little has changed in the past thirty years. However, technical subjects have been added, such as thermal design and metrology. Is there more attention given to software, a discipline that is becoming increasingly important in mechatronics? ‘Well,’ Van Eijk answers thoughtfully, ‘that is a bit more nuanced. Yes, it is becoming more important because the amount of software used and the effort that it requires are increasing. But if we look at functionality, it is different. For high tech mechatronics, functionally, you only need a limited amount of software. Of course it should be well organized, in the background, with event handling, error messages, user interfaces, you name it. However, the contribution of the functional software is at most a few percent of the software as a whole.’

‘Mechatronics system design’ therefore revolves around the cooperation between the various disciplines. Is this not always reflected in the curricula in the universities?  ‘Collaborating across the boundaries of the university departments is still fairly incidental,’ says Van Eijk. ‘It goes terribly well in the definition phase and when it is decided who gets how much money for which PhD student. After that, everyone dives into his own foxhole to perform his own part in perfect, splendid isolation. The High Tech Systems Centre is a step in the right direction. Perhaps people will emerge that are more inclined towards a cooperative relationship ‘

The course has a strong industrial background. ‘Recently ,there was a student who told me that he also attended a mechatronics course at the university and therefore might hear things that he had known for a long time,’ says Van Eijk. ‘That risk is not that great. In the case of a university course, the lecturer devotes a great deal of attention to his own discipline and the scientific depth of the same. We only have teachers from the industry. We tell you how it works in practice. And there is a considerable difference in emphasis. At university, students may learn more about how to count on an electronic network and make calculations about mechanics. You learn a few skills that can be very useful, but you cannot have a good discussion with another specialist. My conviction is that we have to train great mechanical engineers, electronics engineers and control engineers and have them work together to build great machines.’

'Van Eijk about mechatronics courses: We want nothing to do with someone who is half-electronic and half mechanic.'

Van Eijk is therefore very critical about the mechatronics education offered by a number of higher professional education programs. ‘We want nothing to do with someone who is half-electronic and half-mechanic. He does not do either discipline properly. Someone who knows half of two courses or, worse, a sixth of six subjects, is something I am not happy with. If you want to train a really good mechatronic, you need five years for each individual discipline. So, all together it takes about forty years and he can retire. That’s no good. Instead, we have to teach them to do something together with several people. That is the challenge. And you do not learn that from a formal mechatronics education.’

‘The biggest danger is that when you have done that education, you think you can do everything. You have seen many things, but you don’t speak any language really well. You cannot really get a complete mechatronic system off the ground on your own,’ says Van Eijk, who emphasizes that such a mechatronics program can attract pretty good people, but that it seems more sensible to everyone to become trained in their own field first. ‘In a company, a graduate in mechatronics will first be asked to develop expertise in one area. The baggage he carries will probably bear fruit in the long term, but first he has to gain more knowledge in mechanics or electronics. Only then can he play a valuable role in a mechatronic environment.’

This article is an adaptation of the interview of Jan van Eijk by Alexander Pil that appeared earlier in Mechatronics & Machinebouw.