Analog electronic design without the trial and horror

After renowned physicist Max Planck received the Nobel Prize in 1918, he went on an academic tour across Germany. Wherever he was invited, he delivered the exact same lecture. Over time, his chauffeur memorized the entire thing and asked his passenger: “How about I do the lecture tonight? It’ll be a nice change of pace for the both of us.” That evening Planck sat in the back row, wearing the chauffeur’s cap, witnessing his driver delivering the lecture perfectly. When he was done, a member of the audience stood up and asked a question. To which the chauffeur replied: “I would have never expected such an elementary question from an audience as distinguished as this. I’ll let my driver answer it.”

The humorous story is probably apocryphal, but there’s good reason why it’s still being told today: it makes the important point that there are two different types of knowledge. There’s Planck knowledge, possessed by people who have done the work and have gained true insight, and there’s Chauffeur’s knowledge, possessed by people who learned the talk but don’t really understand what they’re saying. 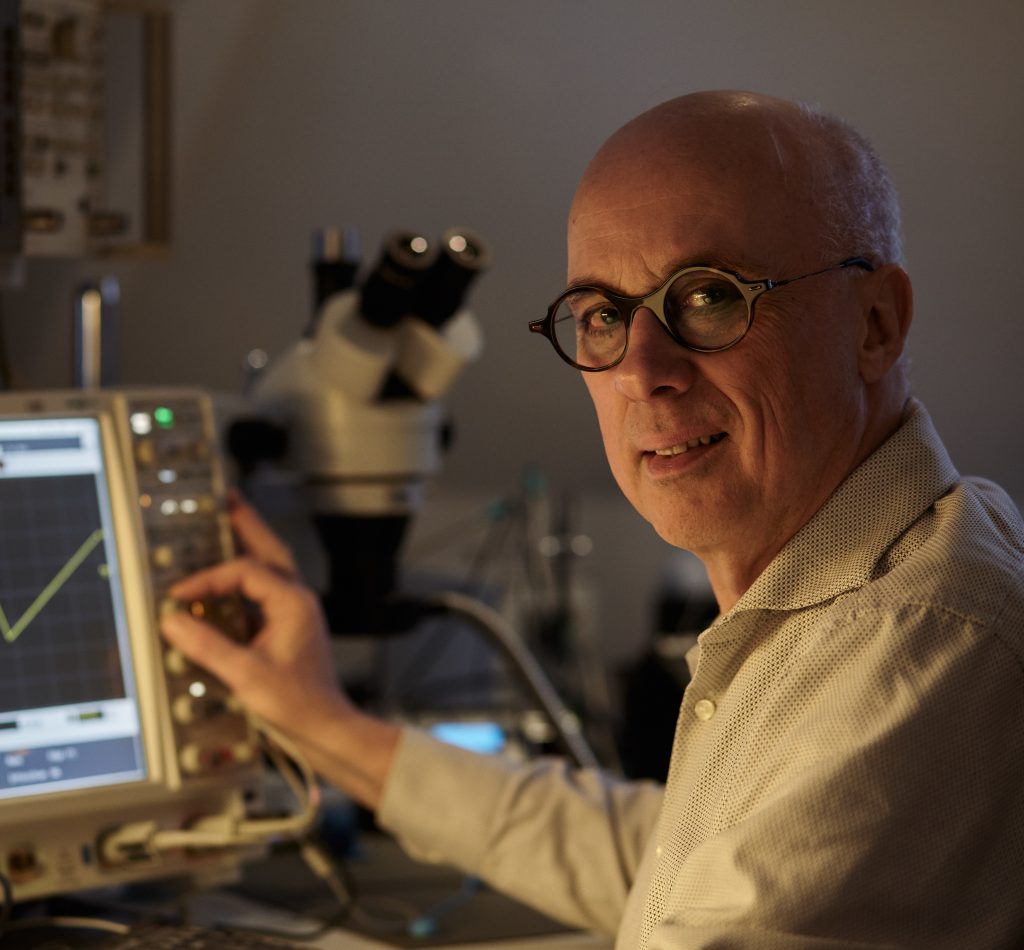 The anecdote is a favorite of Anton Montagne because it mirrors his own views on teaching analog electronic design. “This is a field that traditionally leans heavily on experience and intuition. Experienced designers intuitively know how to navigate the complex maze of analog design through combining and modifying existing solutions into new ones. There’s nothing wrong with that, of course, but you can’t teach that. To learn design, students need to be offered a systematic approach,” says Montagne, who has been teaching the subject in one way or another for 35 years now.

In Montagne’s view, traditional designers are chauffeurs in the sense that they can’t always explain why they do things a certain way. In some cases, they may not even be able to explain why (part of) their design does what it does. Montagne doesn’t like these little sparks of magic in his field, at least not when it comes to educating the next generation. He wants his students to know exactly what they’re doing and, perhaps more importantly, to be able to explain why one solution trumps another in a particular situation. In other words, he wants them to have Planck knowledge. “Once they have a few years of experience under their belt, there’s plenty of opportunity to become intuitive,” quips Montagne.

Now 67 years old, but not thinking about retirement yet, Montagne will spent his final professional years to make sure his particular take on analog design education will be preserved for future generations.

Already tinkering with electronics in his early teens, Montagne didn’t have to think very hard what to do after high school. After studying electrical engineering at a vocational university and a successful internship at the famous Philips Natuurkundig Laboratorium (Natlab) in Eindhoven, he found himself craving more. “Working there, I was left with the impression that I didn’t know nearly enough yet,” says Montagne.

After obtaining his master’s degree at Delft University of Technology (TU Delft), Montagne started working at Philips, “as most people in electronics did those days.” Soon, he got restless, though. “The company was fine, it just wasn’t for me. It probably wasn’t the best decision from a career perspective, but I’m a free spirit.”

Montagne then co-founded Product Partners, a mechatronic design agency, in 1986. It did reasonably well but didn’t build up enough financial reserves to weather an economic storm in the mid-90s. The company was sold and Montagne stayed on as CTO for a few more years but decided to work alone from then on – which was “the best decision of my life.” Since 1997, he’s been working as an independent consultant, trainer and designer in analog electronics.

More than a decade before that, Montagne had already started teaching: evening classes at a vocational university. In 1985, he devised a course about integrated circuits and their design for Philips, which he taught there for years. Gradually expanding his repertoire and reputation over the years, Montagne’s efforts got recognized by TU Delft four years ago, when the university started to employ him as a guest lecturer in structured electronic design (SED).

“SED is what also may be called the ‘Delft school’ of electronic design. Delft is also where I picked it up, of course, so I’ve come full circle. It was professor Ernst Nordholt who taught electronic design this way, and I fell in love with it immediately.”

What do you think is wrong about the typical approach to analog electronic design?

“Someone with some experience usually starts off with a design solution that he’s already aware of and tries to adapt that towards the specific functionality that’s required for his new project. The more experience someone has, the better this tends to work out. But, methodologically, this is flawed because you risk getting stuck. Design is about risk management, and first and foremost you need to identify potential showstoppers.”

“Let’s say I start out with some solution and optimize it towards the new goal, but it doesn’t work out. Then I’ll try something else and, if necessary, something else after that. Eventually, after weeks of work, I might find out that there’s no way to make it happen at all. That’s when you find out you’ve been wasting your time.”

So how do you avoid that pitfall?

“The trick is to never commit to a design decision when you don’t have to because it can come back to haunt you. It’s better to take a helicopter view, to keep your options open and keep track of your considerations. Only when you have the big picture, you know in what order to start making decisions. This is the way to deal with complexity, not by trial and horror.”

And this is the basic premise of SED?

“Yes. SED is basically the systems engineering approach to electronic design. There are many degrees of freedom for obtaining the desired performance-to-cost ratio of an electronic circuit. It’s about dividing that complex problem into several less complex problems and solve them independently from one another. That way, you can always make adjustments without having to deal with repercussions throughout the system. Working this way not only yields the best performance-to-cost ratio, it’s also a reliable, universal way to get to a design in the first place, which doesn’t have to change if the underlying technology changes.”

Is that why you think analog design needs to be taught through the SED approach?

“There’s no doubt in my mind about that. Children can learn extremely well by playing, but it’s an inefficient method for adults. Should I teach a six-week course by having my students play around? Or learn them a bunch of good tricks? Of course not. I need to offer an approach that works for everyone, all the time. That can happen when students achieve true insight in the problems they’re facing. I mean, as an experienced designer, I don’t follow the SED principles all the time. But when I get stuck, I always have something to fall back on.”

By the end of the training participants are asked to fill out an evaluation form. To the question: 'Would you recommend this training to others?' they responded with a 8.6 out of 10.